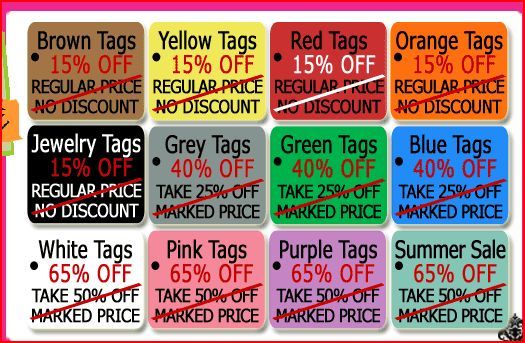 You Can’t Always Get What You Want is a well-known song by the Rolling Stones. It’s also  the theme song for downsizers who have unrealistic expectations about the money they’ll make selling things they no longer need or use.

After a taking a break to talk about downsizing in the time of Covid-19, we’re returning this month to continue the story of Dan and Donna — an early-middle aged couple living with two young children in Southern California, faced with the responsibility of clearing out Dan’s mother’s Bay Area home.

After a decade of helping people downsize and declutter, I’ve come to realize that, as happens when going through grief, many people go through a five-stage process as they downsize.

Bargaining isn’t only about money.
Dan began bargaining with his wife, Donna, as soon as he realized that he was going to have to clear out his mom’s house.

“He wanted me to go up there and do it with him,” Donna told me. “When I told him I didn’t see how that was possible, he suggested that we pack a truck and bring it all down here. That’s when I knew we needed professional help.”

An important part of bargaining is assessing the other party’s interest.
Donna had no intention of getting involved in clearing out Dan’s mother’s home. She had her hands full taking care of her children and her work, and she didn’t want any of her mother-in-law’s things. Dan tried all sorts of ways to convince her to get involved, but Donna flatly refused. He couldn’t bargain with her because she had no interest in what he was trying to “sell”.

Recognizing he couldn’t do it on his own, Dan agreed to have On The Move come in and help.

The buyer decides the price.
“Her furniture is in good shape,” Dan told me. “And look at all of this china! She loved to entertain! We can make a few thousand on this alone, right?”

I had to tell Dan that, like most people, his expectations were unlikely to be met. While his mother may have paid many thousands of dollars when she outfitted her home, the secondary market for those things is currently flooded.

Go to your favorite online sites (NextDoor, Decluttr, LetGo, OfferUp, Ebay, Craigslist, just to name a few) and you’ll see that you can get almost anything you want in the second-hand market. Many people are giving away good things for free. This is great news for those who are looking to bring stuff home. Not such good news for those letting go.

The original retail price doesn’t determine an object’s value. The market does. And when there are more sellers than buyers, the price goes down. Way down.

Getting your desired price will take time and effort.
“What about these rugs?” Dan asked. “These paintings! Some of these furniture pieces are real antiques!”

Dan decided that there were a few things he felt were worth the energy it would take to find appropriate buyers, and I agreed.

We found dealers for those things. So far, they haven’t sold.  When they do, they’ll be selling for a lot less than Dan hoped. And, he’ll have to give a significant percentage to the dealer.

Ultimately, an object’s value comes from what it means to you.
If you love something, it has value. Those are the things you want to keep.

Everything else is something you should let go as quickly and easily and possible. You may not make the most money, but you will get more space, spend less energy and have more time. And that’s a worth a lot!
_______________
NEXT: Find out how Dan and Donna’s downsizing story ends.

MORAL OF THE STORY:
Getting what you want means understanding the true value of an item, as well as its potential value to the market. It’s difficult to drive a hard bargain when you don’t have all the input you need. If you’re thinking about downsizing and you’d like someone on your side, we’re here to help.