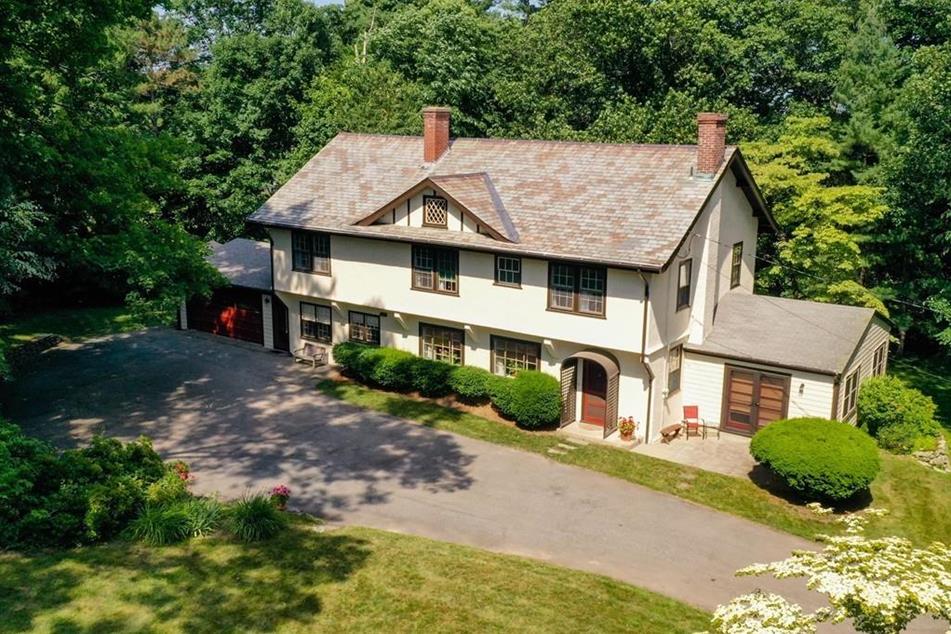 When my mother-in-law died this summer, my husband and his three siblings were faced with cleaning out the Massachusetts home they had grown up in. The place where their mother had lived for 68 years.

As a Senior Move Manager, helping adult children clear out their parents’ homes is a significant part of what I do. It’s always emotional work, but since I knew all the players and the situation I expected that this job might be a little easier. Wrong!

In my professional life, I arrive at family meetings as an outsider, invited in. This time, I was an inside-outsider– neither able to fully manage the process, nor have equal voice in it, I was stuck in the awkward middle ground.

If nothing else, my unusual vantage point gave me a new perspective on the downsizing process. In sharing my story, I hope you’ll get some insights which also help you…

What are we going to do with all of this?

We started talking about it the day after the memorial, when all of the siblings were gathered at the house.

My intention was to help as much as I could — but I was only going to be there for 5 days. It can take a month of full-time effort to clean out the average-sized home.

I knew I had to get them organized fast.

Before I had a chance to say a word, everyone started talking about money. Some were concerned with how much they could make from selling stuff. Others wanted to make sure that they weren’t spending money having people do things they could do for themselves.

Some of the four wanted to jump in, get help and get it done.

Others were fine investing more time if it would save cash. They all expected that getting the house prepped for sale would take several months.

After assessing the situation, I offered that, with organized effort, we should be able to get the house ready for the market in a few weeks.

Their looks were sufficient to let me know they thought I was crazy, but they also said it. “You’re nuts!”

“Which means what???” one retorted.

“Senior Move Managers help people declutter and downsize. This is what I do!” I explained.

“I’ll show you how to start. How to sort all the stuff in the house; divide the job into manageable pieces, stay focused, make sure everything goes where it’s supposed to go and get the job done. I’ll set up systems so you don’t get overwhelmed.”

Everything was going fine until I told them that, in order to meet our one-month move out deadline, we’d need to get the realtor and a local move manager lined up immediately.

“That sounds expensive!” was the push-back. “We can do it ourselves!”

“Really?” I asked. “You’re going to need to find and schedule cleaners, haulers, stagers and movers. You’re going to have to coordinate pickups from an auction house, consignment store and charities before the movers even arrive. How much free time do you have?”

I took their silence as reluctant agreement. We were making progress.

Deciding on a process…is a process.

“The first thing we need is a plan,” I said.
That was about as far as that conversation went.

Since half of them weren’t speaking to each other, and I couldn’t get them all to agree to be in the same place at the same time, I created a group text so that each one could keep the others up-to-date. That lasted about two days.

I tried a new tack.

“Each one of you will be responsible for a particular area of the house.” I suggested. “Your job will be to sort everything in your area into four piles:  ‘Keep,’  ‘Sell,’ ‘Donate,’ and ‘Trash.’  No one will interrupt you during the sorting process. Your domain. Your choices.”

That worked. Being able to sort things without having to discuss or defend what they were doing allowed the process to go much faster than letting everyone have a say in every decision.

Deciding what to do with the things they deemed “valuable” was more challenging. Coming from a wealthy New England family, their mom had inherited furniture from her parents. The sibs had every reason to believe that most of their mom’s things were valuable antiques. It was a reasonable assumption.

I was left having to break the news that the market for antiques is nothing like it used to be. Since millennials now set the trends, the market for “brown” furniture simply isn’t there. Antique prices have dropped precipitously.

That harsh reality eliminated the need to get the furniture appraised, but we still had to address emotional value.

“What happens if two or three of us want the same things?” one sib wanted to know.

“Well, the first thing you have to decide is what’s more important: your relationship with your siblings, or an object?”

“The relationships, I guess.”

“Great,” I said. “People can get into fights over who-gets-what and end up never talking to their brothers or sisters again. I don’t think you want that to happen to you.”

They decided that if two or more people wanted something that was saleable, no one would get it. Instead, they would sell it and divide the proceeds by four. If the item was of personal value, they’d work it out on a case-by-case basis.

“But how?” someone wanted to know.

I thought we had settled enough ground rules to get started, but there was one more big issue that needed to be resolved first.

Two siblings believed the books had value as a collection, and were adamant they wanted to sell them that way. Another felt the same way about the records.

“Let me give you an idea of what’s really involved in selling those collections,” I replied.

By the time I finished describing of the time and energy it would take to catalog the collections, take pictures, and find a buyer, to say nothing of the effort it would take to box everything up, insure it and ship it off, they agreed that donating the books and records was a better idea.

“We can ask the Universe to help in making sure all the books and records find good homes,” I suggested.

“It’s OK,” said one of the sibs, shaking his head in disbelief. “Let’s just get started.”

And so we did.

How did the process go?